Karen Bauce is Associate Dean for Online Programs and Assistant Professor, College of Nursing, at Sacred Heart University in Fairfield, Connecticut. She received her BSN from the University of Connecticut, MPA from New York University, and DNP from Oakland University. Prior to teaching at SHU she held various senior level nursing and hospital management positions at large health systems in NYC, and also spent several years as a collaborative practice consultant, working with hospitals and their staff to develop and implement models of shared decision-making. Dr. Bauce has travelled internationally to learn about nursing practice in other countries and has published on culture and empowerment. She is a frequent contributor to Dr. Joyce Fitzpatrick’s book publications, and they have co-authored a new book on research critique, scheduled for publication in 2018. Monette recently completed her Doctor in Nursing Practice from American Sentinel University in Aurora, Colorado with a focus on Executive leadership. She is currently the director of a 30 bed heart failure unit at Moses Cone Memorial Hospital, a 500 bed acute care hospital that is a part of a 6 hospital enterprise in southeastern North Carolina. She has presented numerous evidence based posters to various national nursing conferences including the American Nurses association and the American Association of Critical Care Nurses. Biography: Dr. Stephanie Maillet has completed her doctorate degree from the Univ ReadMore... Delos Jones received his bachelor’s degree in Nursing from Idaho State Unversity. After working on telemetry units and in cardiology, he returned to school receiving his Master’s Degree in Nursing and Clinical Research from The George Washington University where he is currently enrolled to complete a Doctor of Nursing Practice in Education. His expected graduation date is May, 2018. Professor Jones has been in nursing education for the past 8 years. He currently works as the Director of Clinical Resources for Roseman University of Helath Sciences near Las Vegas, Nevada. 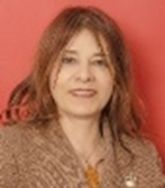 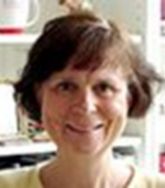 Biography: Joyce Simones has been a Nursing Professor for over 25 years teaching ReadMore...

Joyce Simones has been a Nursing Professor for over 25 years teaching Baccalaureate students in the areas of Leadership, Medical/Surgical, Ethics, Foundations, and Home Care. Her clinical areas of practice have been critical/cardiac care and home care. Her research and publications have involved student thinking during medication administration, delegation through simulation, professional values, career choice, role of the RN in the emergency trauma unit, and role of the RN in home care after the Prospective Payment System 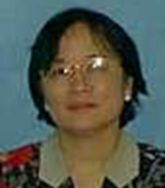 Biography: With a growing elderly population, especially the “oldest old”, in ReadMore...

With a growing elderly population, especially the “oldest old”, in the United States, new models of care incorporating nurse practitioners (NPs) such as house calls program have been created to meet the needs of the aging population who are confi ned to home and are not able to access health care facility. Most of those older adults are over 85 years of age with multiple illnesses and functional impairments. Limiting to their ability to get to office visits, they frequently call ambulance and use emergency rooms for their episodic care. House calls health providers include physicians, physician assistants, and NPs. Among them, NPs are the largest providers delivering primary care to homebound patients over the largest geographical areas based on a 2013 observational study. Reports from the limited outcomes studies show the reduction of preventable emergency room visits, hospital readmissions, and prescription medications per patient while patient satisfaction increases. Th e HouseCalls and Community Palliative program, supported by a community hospital and staff ed by NPs, brings quality and compassionate care to frail and homebound community-dwelling older adults with the goal of promoting quality of life and reducing frequent use of emergency room for episodic care. Th e objectives of this presentation are: to describe the HouseCalls program and its evaluation in general, the role of the NPs, and patient care using a HouseCalls program as an example to discuss the challenges and successes of caring for frail older adults at home. Biography: Carrie Gavriloff has received her Bachelor of Science from Kent State ReadMore...

Carrie Gavriloff has received her Bachelor of Science from Kent State University, her Masters of Science in Nursing with specialization in Healthcare Education and Masters in Business Administration from the University of Phoenix. She is the Director of the Neuro Developmental Science Center at Akron Children’s Hospital. She earned her Lean Six Sigma Green Belt and has served as a clinical expert for the Association for the Advancement of Medical Instrumentation. She is a Member of the American Academy of Neurology Brains group and a Member of the American College of Healthcare Executives 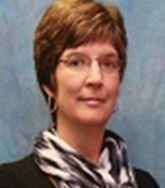 Lynne M. Hutchison has completed her DNP from Wilkes University in Wilkes-Barre, PA. In addition, she holds a Master of Science in Nursing from Bloomsburg University of Pennsylvania with a clinical nurse specilaist concentration. She completed a post masters program as a Family Nurse Practitioner at the University of Missouri-St. Louis. She has worked as a FNP in rural health for 20 years. In addition, she has extensive experience in leading a department of advance practice nurses at a large, multi specialty group practice. Currently she is teaching health assessment and pharmacology in a per-licensure BSN program. 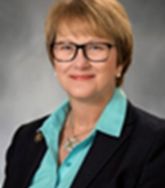 Dr. Patti Vanhook is Associate Professor and Associate Dean for Practice and Community Partnerships at East Tennessee State University (ETSU) College of Nursing in Johnson City, Tennessee. She became a Board Certified Family Nurse Practitioner by the American Nurses Credentialing Center in 1994. Dr. Vanhook joined East Tennessee State University College of Nursing as Assistant Professor in August of 2006. In 2008, she became the Director of Practice serving as the College of Nursing leader for five of the nurse-managed clinics and resource for the College of Nursing Federally Qualified Community Health Centers Clinics. Dr. Vanhook assumed the role of Associate Dean for Practice and Community Partnerships in July 2009. In this role she has facilitated the expansion of the nurse-led clinics from five to 14 sites through local, state, and federal grants exceeding $22 million in funding. Under Dr. Vanhook’s leadership, the nurse-led community health center clinics were recognized by the Bureau of Primary Health Care in 2014 as a National Quality Leader for their quality of care outcomes. Dr. Vanhook serves on the National Nursing-Led Nursing Centers Consortium Board, the National Center for Medical-Legal Partnerships Advisory Council, and the Rural Health Association of Tennessee Board. She was recognized as East Tennessee State University Notable Woman for 2016 for her contributions to nurse-led care. She is a member of the Tennessee Nurses Association, American Nurses Association, American Academy of Nurse Practitioners, and is a Fellow of the American Academy of Nursing. 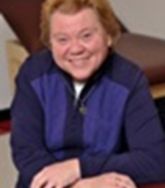 Biography: Linda Strong received a BSN from the University of Bridgeport, an MSN ReadMore...

Linda Strong received a BSN from the University of Bridgeport, an MSN from Catholic University of America in Public Health Nursing and an EdD from Teachers College Columbia University. She is the Director of the RN-BSN & RN-MSN Programs. She has more than 50 presentations and published articles. John Christian V. Villanueva, Ph. D. finished his Doctor of Philosophy in Educational Psychology at the age of 24 in Dr. Gloria D. Lacson Foundation College, Inc. He is also a graduate of Bachelor of Science in Nursing in the College of the Immaculate Conception, Master of Arts in Nursing in Nursing Management and Administration in The Good Samaritan Colleges, Master of Arts in Education Management in Araullo University, and completed his Certificate of Professional Education in Divina Pastora College. He is currently working as Nurse II in the Department of Education and Professor in one of his alma mater, Dr. Gloria D. Lacson Foundation College, Inc. - Graduate School Department. He is a registered nurse, both in the Philippines and in Abu Dhabi, UAE, an authorized specimen collector in the conduct of Department of Education drug testing in schools and in workplaces, co-authored 9 books in Aliswag Review Series, and a reviewer in international journals. Dr. FRANCISCO JAVIER IRUZUBIETA-BARRAGÁN is currently working as a Professor, University of La Rioja (Spain); Researcher at Nursing and Healthcare Research Unit (Investén-isciii), Madrid (Spain) and Health Care Research Coordinator, Center for Biomedical Research of La Rioja (CIBIR) (Spain). His Education includes PhD by the University of Alicante, Diploma in nursing by the University of Zaragoza, Licentiate Degree in Humanities and Master in Health Promotion in the Community by the National Distance Education University (Spain). His extensive training also includes: Train the Trainer Comprehensive Systematic Review Training of The Joanna Briggs Institute by the University of Adelaide (Australia), and University Diploma in Public Health by the National School of Public Health of Institute of Health Carlos III (Spain).Most of his professional activity has been developed as lecturer and coordinator of the Area of Community Nursing in the University School of Nursing of the University of La Rioja, Spain. He is a member of the Nursing and Healthcare Research Unit of Institute of Health Carlos III (Madrid, Spain) from 2007 and, in January 2014, he became the Head of the Research and Innovation Area of this unit. Since January 2018 he is responsible for the research on Variability of Care at the Biomedical Research Centre of La Rioja-CIBIR (Logrono-Spain). He is a member of the Network of Research in Health Services in Chronic Diseases, (REDISSEC), of the CIBER NETWORK, from January 2014 to the present, and head of a transversal research group in this network —Group of Nursing Research in Health Services in Chronic Diseases (GREISSEC)—. He is also a researcher in the Social Sciences Area of the Riojanos Studies Institute (Logrono-Spain). He has been Chief Editor of the journal of the Spanish Society of Oncology Nursing. He is currently a member of the Scientific Committee of Worldviews on Evidence-Based Nursing, JBI Database of Systematic Reviews and Implementation Reports (Australia) and Millenium - Journal of Education, Technologies, and Health (Portugal) and Spanish journals NURE Research, ROL Nursing and RQR Community Nursing. And, he is currently the Principal Investigator of the funded project Map of Clinical Variability of the Records of SNS Care Management Programs on the Assessment and Management of Pain, Falls, Urinary Incontinence, and Pressure Ulcers. (Spain). He is also a collaborating researcher of the funded project Supervision and tutoring in Higher Education: Dynamics of Success. (Portugal)